Showing posts from January, 2011
Show all

- January 27, 2011
For those of you who haven't been keeping up with my entire illustrious career in the world of high tech, I used to work for a company called Sun Microsystems.  Sun was recently purchased by Oracle, and I still have some friends left over there that I stay in touch with.  Since I had been a Systems Administrator of a large number of Unix-based systems, and was tired of being woken up with problems at 2AM, I took advantage of an opportunity to go to work there as a training course developer. I met a lot of great people while I worked there, including a fellow blogger who I will not out here unless they ID themselves just in case they want to maintain level 5 security/total EMCON. As Sun did the death spiral the same way a lot of high tech companies did in the dot-com bust, there were the inevitable lay-offs.  I survived 13 of these before I made the leap over to where I am now, Cisco. One of my friends and co-workers was John A. He was a very sharp guy and had been doing this
8 comments
Read more

State Of The Union 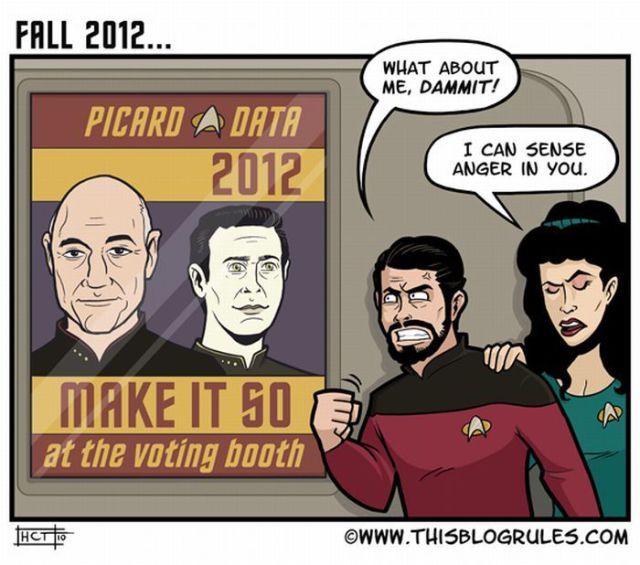 Last nights speech got me all excited about politics again for the first time in a long time!  I think that I am going to throw all of my time and effort into getting ready for 2012, and officially start backing what I know will be the winning ticket!!
7 comments
Read more 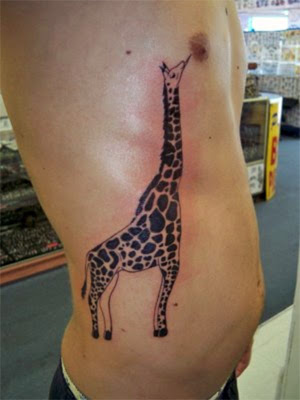 You will be happy to know (or maybe you won't) that I was able to recover some of the tats that were on the backups from my laptop crash.  Others that were still in email were lost, so if you sent me anything that I haven't already posted, please resend it to me. (is that a resounding huzzah I hear from the internettubes?) So without further ado, away we go...  I don't think it is the giraffe tat that bothers me, but the way it is licking the guys nip that is so skeevy!  Old school boom box may be a repeat, it is hard to tell.  But it is worth another look.  Oooooo  Who doesn't love bacon?  But who could love those toes? Not an actual tat, but I like the take on the Escher print! Look for more next week as I continue the recovery efforts, including a submission from the always great MJENKS!!
10 comments
Read more 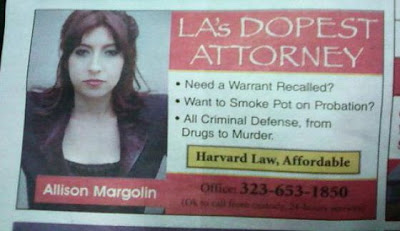 These are some advertisements that some businesses thought might be a good idea, but then they failed to run them by, oh I don't know... anybody with a brain!   Allison is only going after the classy clientele.  I don't know what I like best about this one.  "P"ta feels the need to fill up every blank space with words, or that it is an "expungement special".  Or maybe it is the line "This is an advertisement"...  Yes, when I look for somebody to turn my house, I am immediately drawn to the guy who willingly equates himself to masturbation!  I swear that at first glance I thought it said this lamb sells condoms.  That would have made it a whole different ad.  Cause we all know the babies line up for bigger boobs.  You couldn't wait a couple of weeks until the shiner faded, could you?  Ugh, just ugh...  Not average at all.  Pretty amazing that a cat can perform plastic surgery.  I picture them wheeling one of these guys into the
10 comments
Read more

I guess I am assimilated

- January 20, 2011
And there wasn't any resistance along the way either.  I hardly even lifted a finger. I am referring of course to the recent laptop crash (or the laptop disaster of 2011 as I am calling it, patent pending...).  All these years of being entrenched in the world of high tech had made me pretty damn comfortable with keeping everything I need to know stored digitally, not on paper.  And I am a fiend about backups also, because Murphys law always seeks out those unguarded.  It is kind of like the pride of lions hunting and choosing the weakest of the baby Zebras.  (sorry for that visual this morning... where was I going?) So it didn't really come as a huge surprise when the drive on my laptop took the big dive, and wasn't repairable.  What did surprise me was how ineffective my backup program was!  Back when I was a sysadmin, I would have tested this out to make sure it worked.  On my own computer, not so much.  I have brought back some photos and documents that I had erased
14 comments
Read more

The Laptop is a Dead Duck

- January 15, 2011
As I mentioned in my Facebook status, the hard drive and motherboard on my laptop took a big dump and now I am looking for recommendations on a replacement.  I have had Dell the last 3 computers I owned and never had problems up until now.  I can't switch over to a Mac because of the price difference and the software I need to recover off of my backup hard drive. Lots of different opinions so far, but it looks like Dell, Acer, Sony and HP are getting the love. What do all of you here in Bloggeritaville think?
10 comments
Read more

I have been doing a little cleanup on some folders and I forgot I had some of these tucked away for blogging usage. Such is the amazing command and control functions inside the evil lair of Mount Sky-Dad... I was going to put these over at Fire That Agency, but there really isn't any theme, rhyme or reason to this (like every other post you toss up Sky-dad, I hear you say?) so I will just throw a little electronic spaghetti on the wall and see what sticks. That's right, I am the metaphor king. If life makes you eat the weiner, it might as well be skinless. Are we selling shoes or boobs here?  Wow, even back then sex sold. It's never too soon to jack your kid up on massive amounts of sugar! Not really an ad, but done in that old fashioned way.  And I loved it! Nope. Nothing homo-erotic going on here.  Move long now everyone, move along... This is just weird as all hell.  This is an old card that was available in a hotel lobby according to the info that came
14 comments
Read more 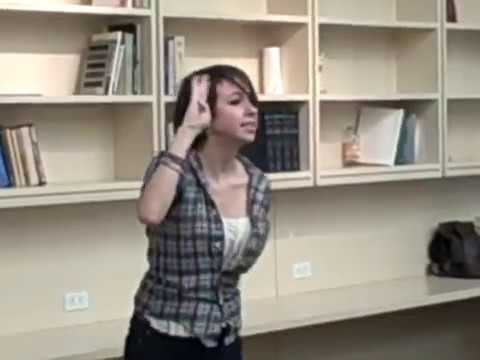 One of the greatest bloggers out there, Steamme Upkid , shared this wonderful video that I just had to steal and post here. This is Anna's final for a college level sign language class, done to Ce Loo Green's Fuck You.
12 comments
Read more 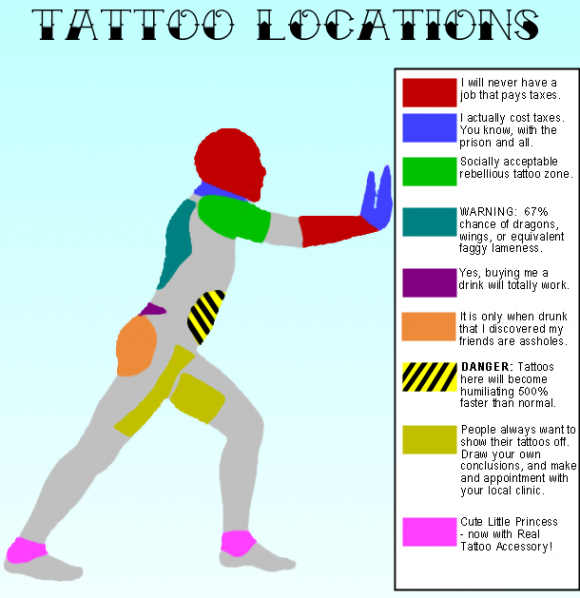 This Tuesday is all about my friend Lily from over at Liliums Realm . She has been knocking it out of the park lately sending me some great additions to the bad tat collection!  First off, she found the ultimate guide for helping you determine if you are making a huge mistake with your tat or not.  Check this wonderful diagram out: Isn't that just perfect?  Puts everything I post on Tuesdays into perspective. Now for the rest of the great ink she passed my way:  I guess that one is great for cheating on a geography quiz or something.  Because with bad tats, it's really all about the respect!  Holy overdone Batman!  Go big or go home is this fan boys motto. And finally, I had to capture the explanation that came with this piece of work.  Congrats on the weight loss there Cathy, but I think I would spend my 22 hours and 2000 pounds on something that might not be out of style in another couple of years.
15 comments
Read more

- January 06, 2011
Well, yeah, but this is really cool.  I received this from one of my workout friends from the gym, and wanted to share it.  Here is the story that came with it: Here's a link to a Shell commercial shown in Europe. Ostensibly they're selling gasoline, but the Ferrari's used in the video steal the show. Ferrari pulled several of their race-cars from various ages out of storage, flew them around the world, and filmed them running through the streets of Rome, Rio, New York, Hong Kong and Monaco. No CGI -these are the original cars on the original streets. The best part is the sound - from the basso-profundo notes of the early,front-engine era, each scene cuts to a later and later generation, ending with the banshee-wail of a modern F1 car. The sounds alone bring a tear to the eye. Even if you're not a gearhead, this video will stir the soul. There's just something about 3 litres and 14,000 RPM !
11 comments
Read more

- January 05, 2011
Found this little tid bit at Milk and Cookies.  This is a series of clips from the Start Trek series all put together to make a suggestive video. Several scenes made me seriously snort!
5 comments
Read more

A whole new year and a whole bunch more bad ink for you all to try and digest out there! What could be a better way for you to start the year, I mean other than a negative result on that blood test after waking up next to that androgynous looking naked person with the bad hygiene and their smell coming out of all of your pores... First up are 3 lovely pieces of work from Lilly, who is becoming a regular contributor to this little corner of the world. Thanks so much Lilly! I think Lilly just likes this guys butt... Don't get all mathy on us. Hard to pick him out of a lineup officer, there weren't really any distinguishing markings. Next up, are a series of knuckle tats that are guaranteed to make you go ouch, as well as put you off solid food for awhile. Yeah, if hugs from thugs are your thing. Play on words? Hey!  I have a beard!  Maybe it's a match made in heaven? Tough choice. That is just a bit random. And we have a winner for crazy look
15 comments
Read more
More posts